Weapons of Mass Destruction (an old article from 2003) 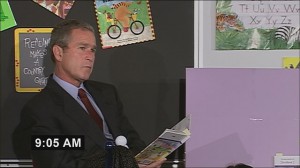 (here listening to a song about Billy the Goat at the moment the World Trade Center was attacked) had a case when he wanted to find,disable and destroy the infamous Weapons of Mass Destruction (WoMD).  After all, nobody in this world needs these devices.  Bush, seeing his presidency lack a compelling theme, seized the opportunity and became the lone ranger in search of justice and peace.

But what constitutes a  WoMD ? And why was Bush looking in the Arabian Desert to find them? The whole world told him that they weren’t there. Saddam Hussein was an evil dictator, but he didn’t have them.

No, Bush should have looked in his own country. There are plenty WoMD there. And it is not hard to find them !

Many Americans actually drive a Weapon of Mass Destruction!

They call it a Sports Utility Vehicle or SUV.

If you ask me, it has nothing to do with sports unless you consider sitting in a car seat a sport..

What remains is a vehicle of preposterous dimensions.

For those of you who have never been in the USA, I’ll try to explain the hype. A SUV is based on cars used by types like Bush rangers (mark the pun) in Africa or explorers in the South American jungle. SUVs are built on a high frame and have huge tyres to propel the car in tough conditions. They also have a cargo bay that can hold a decent sized refrigerator plus a dishwasher.  This is where the similarity ends.
SUVs are much more luxurious than your standard bush vehicle. In many cases, the suspension is ‘softened’ to adapt to the not so tough driver – not something you would want when going offroad. But then, 98% of all SUVs never leave the paved roads. They are used for shoppings trips to the Mall (another megalomane American invention)  or ferrying children to school!
So why do people need monsters like to perform such basic tasks? Why on earth you need so much steel to move around is beyond me.  Vehicles like

are unsafe, uneconomical and contribute disproportionally to global warming .

Oh, I know that there are Men out there that need a little ego booster.  Formerly, they resorted to symbols like the Penis Car. But since that went out of fashion, this has become their substitute.
But if you really want to be a tough bloke, go drive a 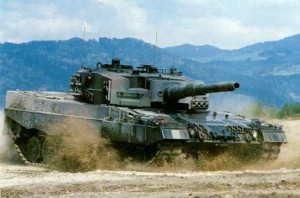 When riding a bicycle, chances of surviving a collision with an anomaly  like this 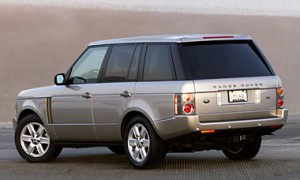 are 8 times lower than in a collision with a standard car.

This is because as a pedestrian or bicyclist, you will end up under the vehicle instead of on top of it.

These vehicles are the summit of bad engineering, bad economics and bad safety. They are desparate attempts by car manufacturers to earn higher profits in a car market plagued by overcapacity.  Unfortunately we all suffer from this.

George W. Bush, stop your useless war in Iraq and go find and destroy the WoMD in  the USA! When you destroy all SUVs in America,  you’ll find that :